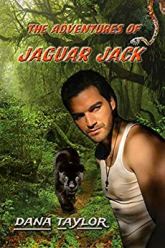 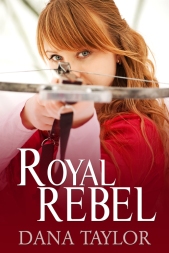 THE ADVENTURES OF JAGUAR JACK–Some guys were just born to save the world.

Major Maggie Savannah, aka Maggie-the-Mouth, is brash, brave and beautiful. She lives to beat the bad guys via covert military operations. The last thing she wants is a reckless TV personality partner.

But when a Senator’s daughter is kidnapped by terrorists on a mysterious island, Jack and Maggie must join forces to secure her rescue. Together, they must discover their true identities and defeat an enemy of Biblical proportions.

Romancing the Stone meets This Present Darkness in a romantic adventure of good versus evil.

PROUD HEART–Free land! On April 22, 1889 thousands of hearty souls gathered at the Arkansas border. They dashed into the Unassigned Lands to claim their portion of the American dream and followed their hearts to a place called Oklahoma.

Always remember, you are of the nobility.

Rosa carried her father’s words in her heart. Fleeing violence in her home country, the fiercely independent Latina carves out a new life for herself in the American West.

When the Oklahoma Land Run of 1889 is announced, Rosa joins the throngs seeking free land and opportunity in the New Promised Land. Adventure and hardships test her strength and character. Two men stir her emotions. After losing everything she once adored, will she have the courage to love again?

ROYAL REBEL–Courageous, captivating, cunning—the Royal Rebel leads her band of freedom fighters against the tyranny of Prince John. Inspired by the legend of Robin Hood, Royal Rebel twists a familiar tale into a fresh, romantic adventure. Robin, the secret daughter of King Richard, fights injustice as she awaits her father’s return from the Crusades. Joining forces with arrogant knight extraordinaire, Sir Simon of Loxley, the two undertake a mission to save the kingdom. Filled with humor, whimsical imagination, and romance—Royal Rebel will capture your heart.

(Any historical accuracy is strictly coincidental.)